This wall hanging is one of the pieces I made for the City & Guilds Creative Studies Lacemaking Part 2 course which I completed in 1997. The brief was to design and make a hanging which could be either hung on a wall or in front of a small window. 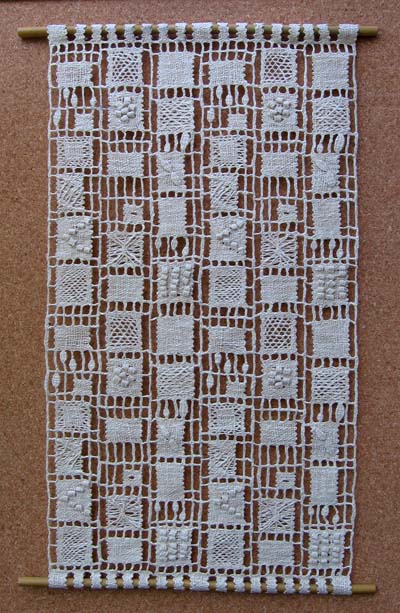 During the course I had also been studying the work of the textile designer Lucienne Day and this had inspired a wealth of ideas. Eventually, after working samples, I decided to concentrate on shape and texture rather than on colour in the lace. 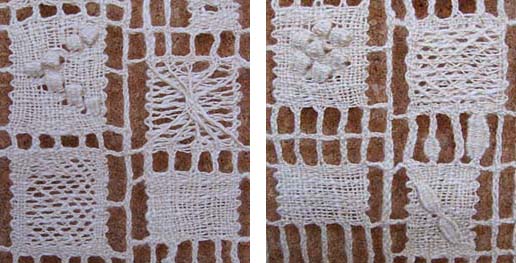 Although there are four repeats of the pattern in the hanging, it was actually worked in three strips which were joined to each other as the lace progressed. I divided the pricking into several sections and used a pillow with blocks that could be moved horizontally and vertically. The yarn was a linen and cotton mixture which I had previously used for weaving table mats. The initial planning for the piece was carried out at intervals over quite a long period but the final making took only two weeks of fairly concentrated but enjoyable work. 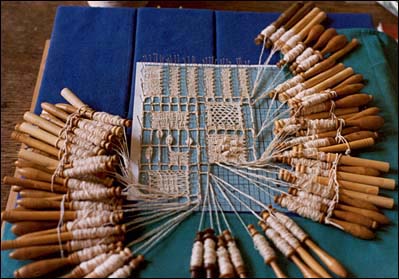 Working the first strip — the pairs left out at the right were incorporated into the second strip. 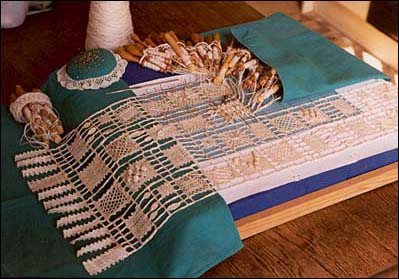 Working the second strip — part of the lace has been unpinned and blocks have been moved down and from left to right so that the working area is still central. 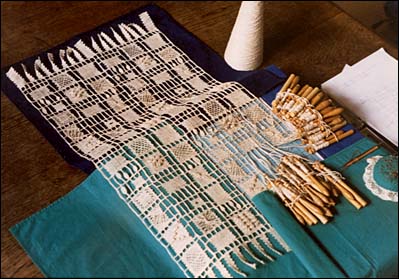